Encouraging local content – especially for people located outside metropolitan centres – is a policy issue often related to, but separate from, media pluralism.

With COVID-19, that may be changing.

The crisis – two decades in the making

In Australia, the challenge of promoting localism across a vast but sparsely populated continent has been the subject of successive policy reviews. In the 2000s, concerns raised in the Local Voices parliamentary inquiry and other forums led to broadcast quotas and then to regular monitoring of both regional radio and TV by the regulator, the Australian Communications and Media Authority. Research, such as that conducted in 2019 by the Centre for Media Transition, has pointed to the importance of local content and also the challenges in making it commercially viable.

In the digital platform era – as advertising revenue moves from news producers to distributors – the story of dwindling diversity has been entwined with the loss of localism. Plummeting ad revenue has resulted in the temporary closure of many regional newspapers. Recent developments include the following:

Will the print versions of these publications return when the COVID crisis is over? No one knows the answer to this, but some ideas for further policy change have been fomenting among the larger regional media ownership groups.

These suggestions needs to be considered in light of existing, much reduced, legislation. And rather than risking a temporary response to the coronavirus crisis setting future policy direction, it also might be time to rethink how policy research can help us understand current levels of localism and diversity.

Even before the coronavirus, some in the industry had called for more extensive legislative change. In submissions to a Senate inquiry in 2016, for example, both News Corp and the Ten Network said all media ownership rules should be removed. More recently, further change to the ownership rules has been proposed by the new entrant on the media ownership scene, Antony Catalano of Australian Community Media. It was ACM that picked up a large number of regional titles in 2019 after Fairfax Media (publisher of The Sydney Morning Herald and The Age, among other titles) was acquired by the Nine Network in the most significant corporate transaction following changes to media ownership rules in 2017. Catalano called for removal of the rule that limits control of commercial television licences in most markets to one per licence area.

In announcing the suspension of News Corp regional publications in early April 2020, News Corp CEO Michael Miller identified the actions of digital platforms and the regulation faced by local companies as reasons for the dire economic situation of regional publications, even ahead of the collapse in advertising prompted by the coronavirus. He singled out the remaining media ownership laws, saying that only ‘partial reform’ had been achieved so far.

Soon after Michael Miller took a stand on regulation – an argument for more of one kind and less of another – the Australian government announced a policy response to COVID-19. It included a $50 million funding package for regional media and a 12 month waiver of spectrum tax for commercial radio and television broadcasters, including regional broadcasters. It also included suspension of existing broadcast quotas and financial obligations relating to Australian and children’s programs but – despite speculation that regional television broadcasters were considering an end to some bulletins – did not suspend regional radio and TV quotas.

In a related policy decision, on 20 April 2020 the government announced it would ask the competition regulator to make a mandatory code of practice addressing commercial relations between media organisations and digital platforms, ending a voluntary code development process and thereby supporting calls from local media for stronger government intervention.

So, things are being done to help Australia’s news producers cope with COVID-19 and with the impact of digital platforms. But should further changes to the media ownership rules be pursued as well?

It’s important to see the proposals from Michael Miller and Antony Catalano as part of a narrative that sees digitisation and much freer access to international media as the reasons for dismantling media ownership rules. This was evident even twenty years ago in reforms attempted by former Communications Minister Richard Alston; it manifested again in the removal of foreign ownership laws and part of the cross-media rules under Helen Coonan in 2006; and it was a key part of the rationale for media reform pursued in 2016 and 2017 under Mitch Fifield, albeit with a new level of urgency injected by the challenge from digital platforms.

The loss of revenue and the additional competition are real. And there is a good argument for strengthening local companies in order to respond to international competitors, even if the link between cost savings and continuity of quality has never actually been demonstrated.

There may still be private, commercial benefit in removing the remaining rules but – unlike past exercises in policy reform – there is no longer any shimmer of accompanying public interest. To understand this, let’s look at the two rules that remain.

These rules remain after the removal, in 2017, of the last version of Australia’s cross-media rules. It prevented common control of commercial radio, commercial television and associated newspapers in the one licence area. The 2017 amendments also removed a rule preventing control of commercial television licences with a combined licence area population of more than 75 per cent of the Australian population. The second of these had been characterised in policy terms as a means of ensuring there would be regional commercial networks aside from those based in capital cities.

Looking at the remaining rules, it may well be that the points system governing ‘unacceptable media diversity situations’ can be improved. It gives a single media operation the same value, without reference to its contribution to media diversity. For example, a commercial radio station broadcasting mostly entertainment programs or programs syndicated from metropolitan stations is awarded one point; the same value is given to a local newspaper that employs its own journalists who cover local government, local courts and other local events.

In contrast, as [Derek Wilding] argued in the 2016 media reform process, the licence area caps are crucial to the structural separation of news-producing media organisations in Australia. The one licence cap on commercial television effectively ensures there are at least three commercial media operators in most areas of Australia. Of course, most areas have more commercial media services and these commercial sources are supplemented by the public service national broadcasters as well as community broadcasters.

Already, cross-media ownership of radio, television and print is permitted. In a number of key regional markets across Australia, allowing the three regional television networks to merge could have a serious negative impact on media diversity, even if that means companies such as Australian Community Media are strengthened.

Instead, we need to re-assess the value and operation of the points scheme under the ‘5/4 rule’. But before we can propose meaningful reform, these markets need to be mapped. Benchmarks need to be established based on current levels of local news production.

The measurement of media pluralism in Australia will become a central part of the policy research we conduct in the final phase of the Media Pluralism Project. 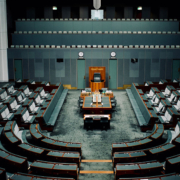