AS in any democracy, a diverse and pluralistic media has been seen by governments around the world as a vital means to the end of having a healthy democracy. The fewer the voices expressing their viewpoints, the less healthy a society becomes, and the watchdog role of the media to hold politicians and large and powerful business interest to account, is diminished. Obviously, in an election focused period, this is even more important. People require a diverse and pluralistic range of opinions in order to make informed decisions, not only on a daily basis as citizens and consumers, but also for key democratic moments such as voting.

There is a long running historical trend in media internationally, not just Australia, to media becoming more concentrated. Media ownership became more concentrated throughout the 20th century, and that trend continues in the 21st century. It is a predictable consequence of deregulated media markets which have been on the rise for several decades. At the same time that Australia removed its cross-media ownership rule in 2017, the Federal Communications Commission in the US eliminated its rules on radio/television and newspaper/broadcast cross-ownership. The 2017 order and notice are subject to an appeal filed in 2019 by the Prometheus Radio Project petitioners in the United States Court of Appeals for the Third Circuit (Prometheus Radio v. FCC, 2019).

Australia’s media is among the most concentrated in the world according to a study undertaken by researchers in New Zealand in 2016, and only two countries — China and Egypt — have a media system where one owner holds more than 50% of the daily newspaper market – and those owners are the government!

The removal of the cross-media rules in 2017 facilitated the take-over of Fairfax Media by Nine Entertainment in a 3 billion dollar deal which subsumed the separate identities of the famous independent news mastheads, The SMH, The Age, the AFR.

We can expect further concentration: We might see a tie up between the Seven TV network, and News Corp, for example.

The concentration in legacy media is duplicated offline. The most popular online news sites are mainly run by the legacy brands, News Corp Australia and now, Nine Entertainment.

It was announced in early May that Nine Entertainment have sold their regional media arm, Australian Community Media (ACM), to a Private Equity group lead by Anthony Catalano, the former head of the Fairfax Media lifestyle division, that included the Domain real estate brand.

ACM includes around 170 titles such as The Newcastle Herald, the Illawarra Mercury, The Canberra Times, The Examiner.

On the face of this deal, it’s a new owner, so we might expect some welcome diversification in the newspaper sector. However, ACM is part of the highly commercialised news media sector in Australia. In the last few years this regional arm of Fairfax Media has been cut right back in terms of journalistic resources, in an attempt to assist in their survival. It’s reasonable to assume even more of this kind of cost-cutting at a time when local journalism is in a very precarious situation from the challenges of a reconfigured global media, including from social media platforms like Facebook and Twitter. Experimentation with alternative revenue models, such as subscription is expected.

What Impact have these Mergers had on the Media Industry?

In 1903 there were 21 daily newspapers across Australia’s 8 capital cities, and 17 different owners. By the 1950s, there had been a gradual consolidation to 15 daily newspapers and 10 owners. By 2016 there were 10 metro or state-wide newspapers. News Corp Australia and Nine Entertainment own the bulk of these with some notable exceptions, including The West Australian, owned by Seven West Media.

When Nine Entertainment took control of Fairfax Media as part of that deal they left their charter of editorial independence in place. Will that survive with the renewed focus on commercialism at ACM? In effect, in the commercial media sector, two large companies now dominate the Australian media. The former Liberal party treasurer and conservative stalwart, Peter Costello is chair of Nine Entertainment. How will that board handle journalism that is damaging to the coalition Government? We expect that our current large-scale data collection of online news stories will provide some interesting insights in this regard.

Have these Mergers Affected the Media’s Role in Australia’s Democracy?

With Australia’s media being dominated by two large commercial media corporations there are no longer any larger scale independent media voices as a result of the impact of deregulation.

You might argue that with fewer people reading newspapers anyway, and especially younger cohorts being less interested in these legacy mastheads, so why does that matter?

Several points can be made which question that line of argument.

First, the brands that dominate legacy media in Australia also dominate online news media. News Corp Australia and Nine Entertainment own many of the most visited online sites.

Second, with the removal of cross media laws, which prevented co-ownership of TV, radio and newspapers, this dominance will only continue and intensify. The convergence of digital media has resulted in news media being re-used across platforms.

And third, these major brands tend to set the news agenda for the rest of the media because they control the bulk of the journalistic resources.

The ABC is of course an important part of the media ecosystem in Australia, but its funding has been slashed year after year, reducing its ability to constantly undertake the best quality investigative journalism. If it is in a position where is it less likely to be critical of the Government for fear of further budget reductions, there’s a chilling effect, and it is then less likely to play a watchdog role that holds politicians to account for their actions.

Social media platforms, in large measure, distribute and amplify existing news stories amongst like-minded networked groups. And of course, these platforms are often responsible for amplifying the worst kinds of speech, and providing a means for algorithmic news manipulation as witnessed in the Cambridge Analytica and other incidents by extremist groups.

What role does law and regulation play?

In Australia, mergers that might affect media concentration are only considered by our media regulator (the Australian Communications and Media Authority, or ACMA) if they will breach one of the three remaining media ownership rules:

And while our competition regulator, the Australian Competition and Consumer Commission (ACCC) will look at all media mergers, it applies a general, cross-industry test based on ‘a substantial lessening of competition in a market’.

As the ACCC explained when it sought comment on the Nine-Fairfax merger, this test focuses on the effect that removal of a competitor within the market will have on prices, quality and choice. The ACCC said:

‘It is not the same as a diversity (range of views) or plurality (number of voices) test and is not a public interest test. However, the potential impact on diversity and plurality can be relevant to assessing whether there is a lessening of competition.’

This means that in Australia we have no effective test for assessing the broader public interest in media mergers – and because our media regulation only takes account of legacy media platforms, we have no means of even assessing the level of media pluralism in this country.

Our European field research has provided some potentially interesting policy response models for Australia to investigate. In the UK, for example, they have a public interest test process that is triggered when media mergers arise that threaten media plurality. The test is one of ‘sufficient plurality’ and, importantly, it is applied by both the media regulator (Ofcom) and the competition regulator (the Competition and Markets Authority). It involves a serious assessment of the level of media plurality at the time of a transaction.  In addition, the Media Plurality Framework developed by Ofcom could, at least in principle, be applied outside of a merger situation as a gauge of media plurality overall.

Our research is also looking at initiatives such as the Media Pluralism Monitor developed by the Centre for Media Freedom and Pluralism at the European University Institute. CMFP has been commissioned by the European Union to apply the Monitor to assess pluralism in 31 countries. Its latest report is available here. CMFP is now working on its 2020 report which will take more account of digital media.

All of this seems to suggest that we need two distinct tools for media pluralism in Australia: a ‘thermometer’ to measure media pluralism via an initial, benchmark study and then periodic reviews; and a public interest test that will be applied in merger environments. As our research progresses, we’ll start to consult locally on how some of these ideas might be applied in Australia. 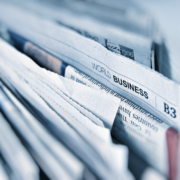 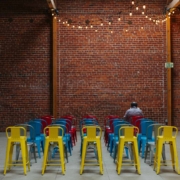